Aldo hardly needs any introduction as he is very well known to the general public as an established artist. He studied drawing under the tuition of Vincent Apap and Robert Caruana Dingli, modelling under George Borg and Antonio Micallef, etching under Carmelo Mangion and painting under the distinguished artist Chev. Edward Caruana Dingli. He then continued his studies abroad. Aldo has been active in painting since his early youth having mounted his works in practically all important exhibitions. He even exhibited works in London and Paris on various occasions, thus gaining recognition by a large number of art connoisseurs, among them Comte de Paul who commissioned Aldo to paint a large portrait of his ancestor, Grandmaster Antoine de Paul for his palace in Paris. During the last World War Aldo won his first prize when he presented his self-portrait which he painted when only 15 years old. This was placed first at the R.A.F. Art Exhibition in 1944. He came second in the Designs Competition for the Valletta Fountain. He also won many prizes in Public Competitions.

Aldo is considered as a Romantic and Traditional Artist although one can sense a touch of the contemporary trend in his work which brings forward his individuality. He is an experienced artist having covered a lot of ground in the field of painting, having to his credit works ranging from Church dome paintings and murals to stamp designs and theatre stage scenery to still-life and landscape painting etc. Undoubtedly he excels in portraiture, being his favourite subject and his forte. One can hardly believe that he achieved all this during his spare time for the last 40 years while employed as an Accountant with Rediffusion (Malta) Ltd. and later Xandir Malta. Aldo frequently travels abroad visiting important Art Galleries and exhibitions to enrich his experience and to keep himself abreast with the contemporary trends in the Art of Painting.

Aldo Micallef-Grimaud is indeed an accomplished artist. He is also well known to serious music lovers as a fine tenor. Listen to Aldo in Concert. He studied music and singing under the late Mro. Anthony Muscat Azzopardi and perfected his studies under the renowned Italian soprano, Signora Ravaglia Bonanno. At the age of 20 Aldo sang the leading tenor part of Almaviva in Il Barbiere di Siviglia under the baton of Maestro Vincenzo Bugeja at the Gaiety Theatre in Sliema. He also gave a lot of concerts, most of them in aid of charity, in almost all theatres and concert halls. Now-a-days, although he is not very active in this sphere of his artistic career, he still finds time to sing in churches all over the Island.

Aldo is married to Mariuccia nee` Quattromani, also an accomplished artist in her own merit. They have a son (Mario Ivan), two daughters (Nadine and Glorian) and four grandchildren (Claude, Jean Karl, James and Corinne) .  -  G. Zammit 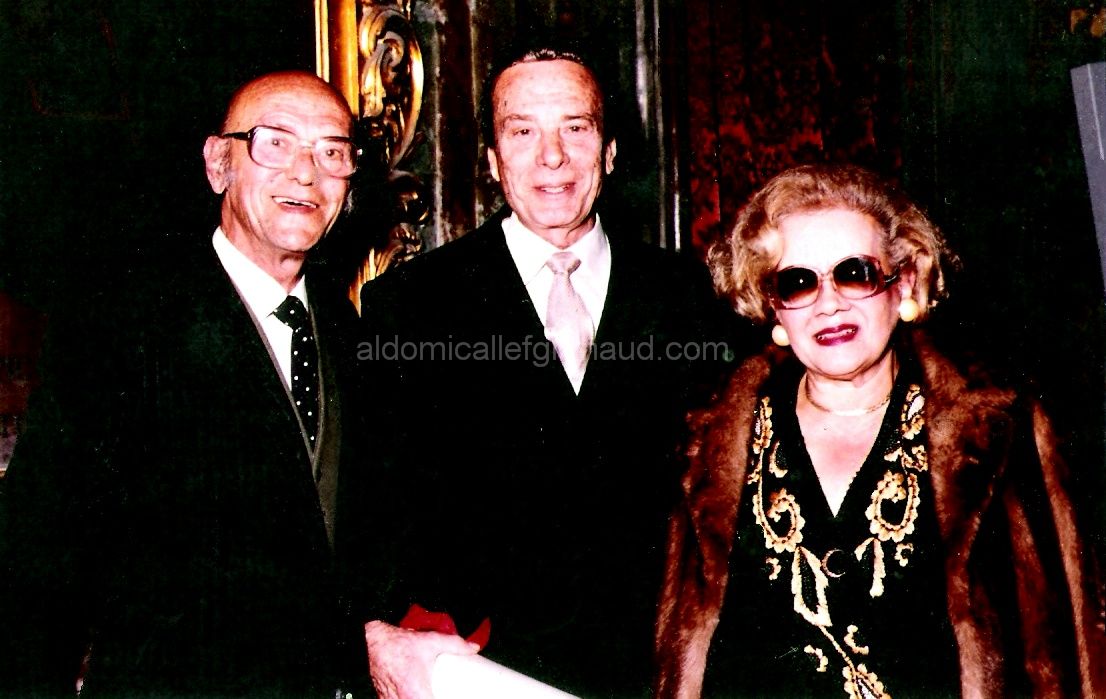