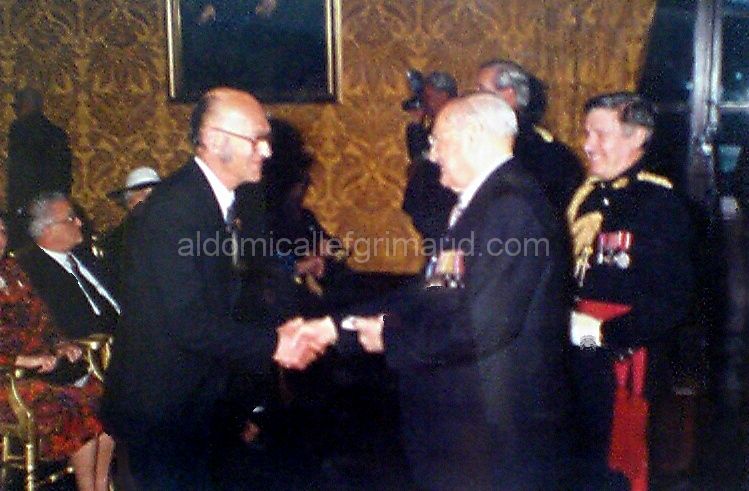 Chev. Aldo Micallef-Grimaud receiving the George Cross commemorative medal from his Excellency Dr. Censu Tabone, President of Malta, at the Palace, Valletta on 15-4-1992. Sitting on the left is the Prime Minister of Malta, Dr. Eddie Fenech Adami. This medal was given to all service personnel who served during World War II from 1942-1943. 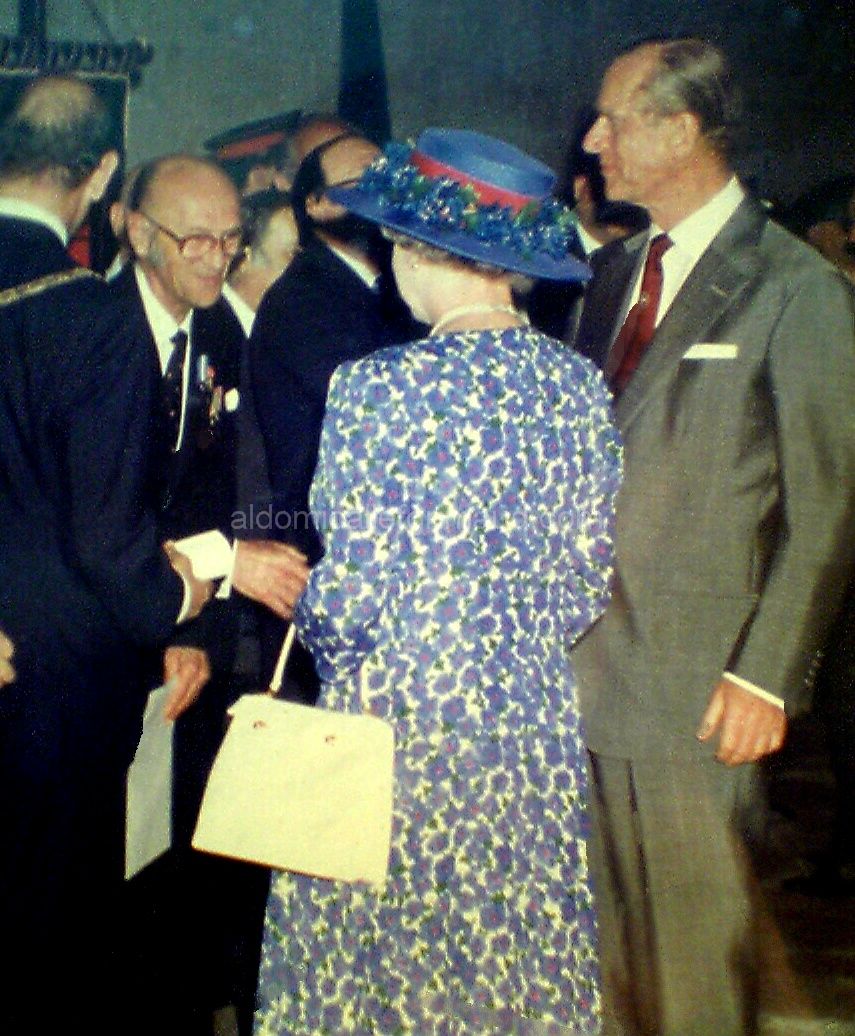 Chev. Aldo Micallef-Grimaud, Hon. Secretary of the Malta Society of Arts, Manufactures and Commerce shaking hands with H.M.Queen Elizabeth II and H.R.H.Prince Philip when they met delegations from societies still having connections with the British Crown. This event took place at the Sacra Infermeria, Valletta during the queens visit to Malta in May 1992. 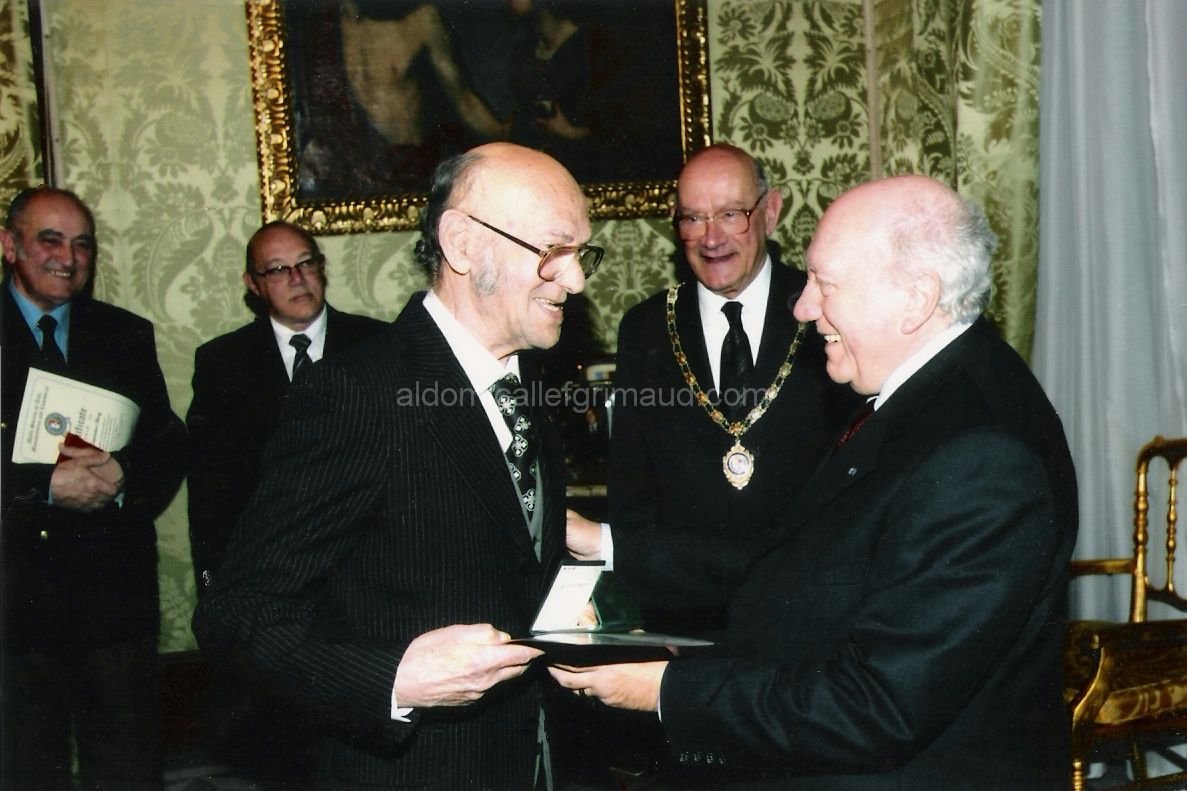 Aldo Micallef-Grimaud receiving recognition for his work in the Malta Society of Arts and Manufacture by his Excellency Prof. Guido Demarco, President of Malta 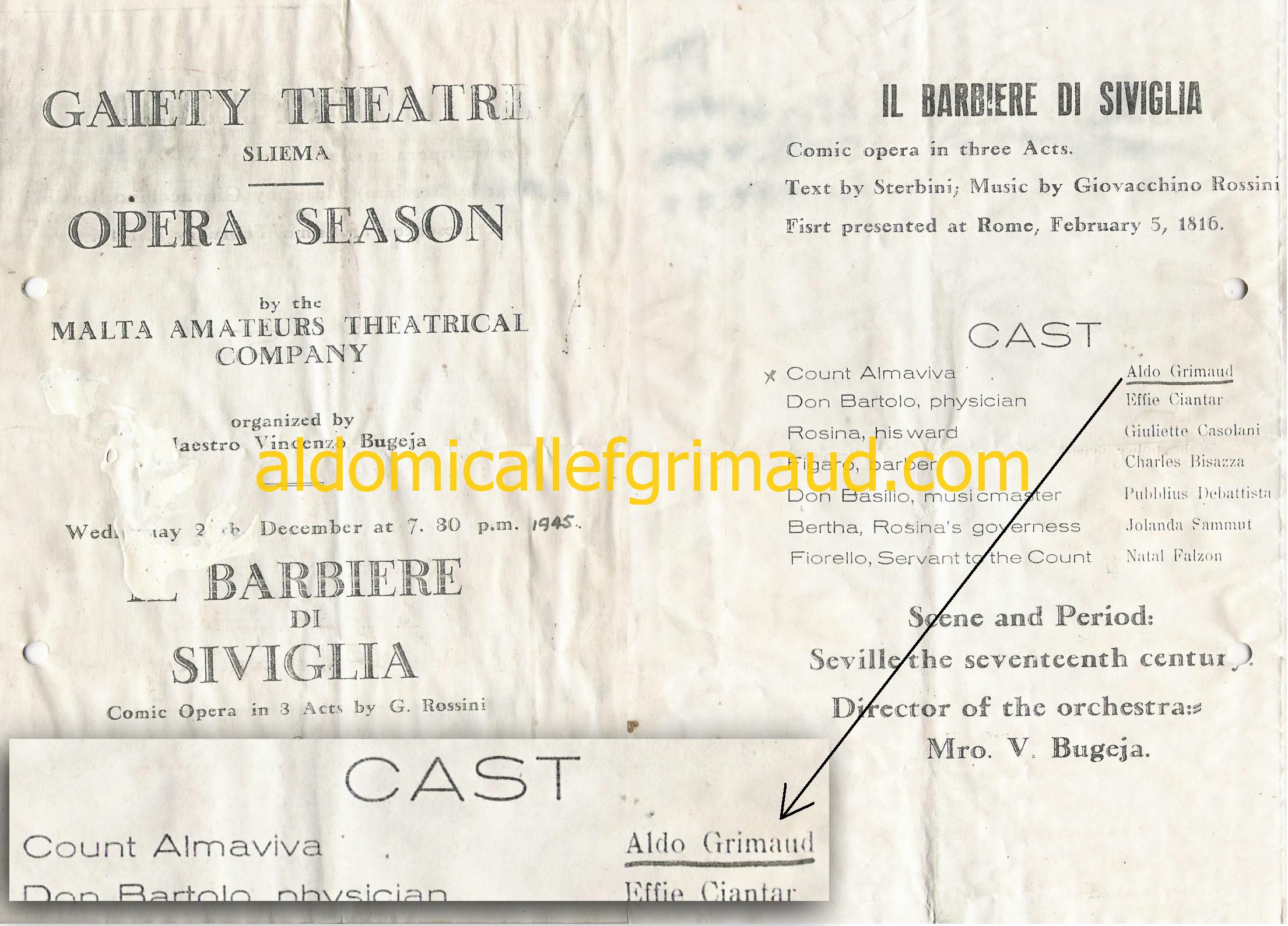 At age 20, Aldo was one of the youngest tenors ever to debut  in a prominent opera in Malta.

Aldo and his wife Mariuccia singing a 'terzetto' from the operetta "Geisha" at the Gaeity Theatre in Sliema under the late Maestro Manche`. 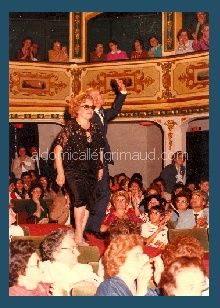 Aldo and Mariuccia again, albeit much later, on the cat-walk of the Manoel Theatre waving to the hundreds of people present after another hugely successful performance of "May Inspiration". All proceeds from these shows go to the Malta Community Chest fund. The President of the Republic at the time, the Hon. Agatha Barbara sits in the middle Presidential Stall.